We discuss how they have harnessed stakeholder engagement, adapted training during Covid-19 times, used portfolios to manage users in multiple teams on multiple campuses, and successfully integrated Worktribe with their core systems. 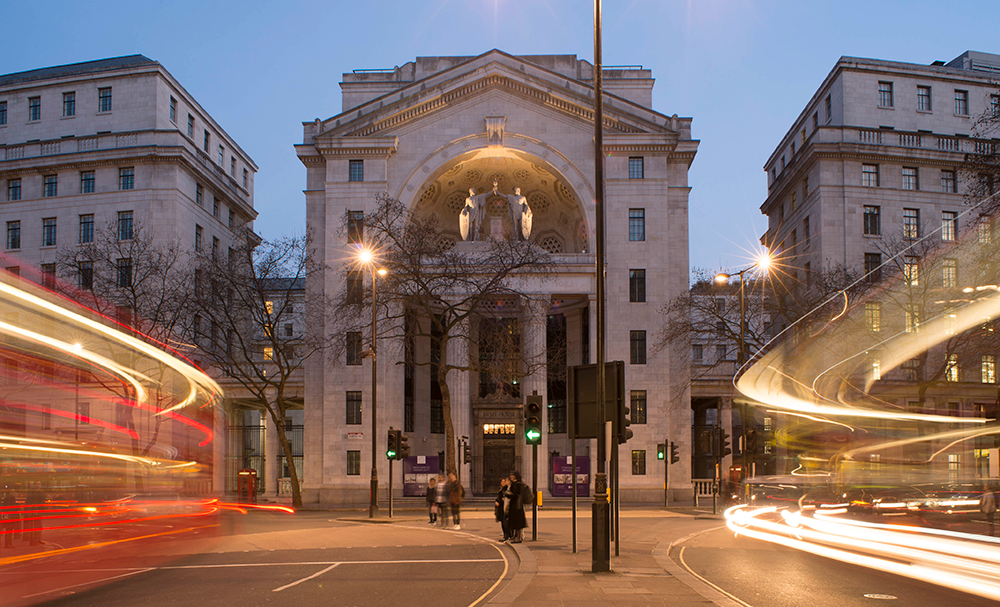 When did your journey with Worktribe start, and why?

Kasia Haremza (KH): We first obtained Worktribe in June 2017 to replace our legacy costing tool that was no longer supported. In November 2017 we launched the costing tool to our central research management teams and after a couple of months (and some excellent feedback about how user friendly it was) we decided to launch Worktribe to faculty users.

This was a completely new and exciting way of working for King’s, as project costing had always previously been centrally managed.

What other benefits have you seen from using Worktribe to cost your Projects?

KH: One of the most important benefits of using Worktribe to cost our projects is the increased accuracy of data, as a result of user-friendy funder templates and easy to maintain admin data (such as pension rates, estate and indirect rates, etc.). And of course, having a full audit trail of all changes and actions means that we have greater accountability and transparency across the board.

You’ve recently extended your use of Worktribe to incorporate other areas of the research lifecycle. Can you tell me a bit more about that?

KH: Yes, we had such positive user feedback after the roll out of the costing tool that we decided to extend our use of the Worktribe platform to include Worktribe’s Pre-Award, Post-Award and Contracts products last year. We’re delivering the three products at the same time, with different intensities and priorities.

This adds Worktribe’s workflow functionality (which we’d previously managed via a separate system) so that we can now get fully audited approval from within the faculties, and centrally, as a project moves through various stages of the research lifecycle. We’ll also be able to manage applications and projects more completely, upload any relevant documents, note project milestones and manage research contracts. So essentially, we’ll have everything in one place.

Delivering three products at the same time is quite a feat. How are you ensuring the success of this?

KH: Firstly, we decided that the respective unit heads are the owners of each product delivery – eg. pre-award, post-award, contracts. After all, they own their respective parts of the research lifecycle and are responsible for the business aspects – system, problem, process, policies.

We also set up a Project Board with the project governance group for each product, who help us make strategic decisions as to how Worktribe fits within King’s research strategy and processes. This consists of a large number of ops managers who are faculty-based and well-positioned to help us steer the project.

Of course, we have a project manager who is responsible for refining the deployment plan, liaising with Worktribe to ensure an effective working relationship.

We also have a Project Working Group which comprises a number of teams including faculty representatives, system and configuration support teams, IT department and business implementation lead. This really is a portfolio of teams with a range of expertise to look at the project and deployment from every angle and ensure its success.

So it seems like engaging your stakeholders in the project very early on in the delivery process was an important strategy for you?

KH: Definitely. We decided to include the faculty representatives in the whole process because we think it is very important that their opinions, needs and expectations are addressed. They are essential to validating how we use Worktribe and ensuring alignment with business processes, as well as communicating with people across their faculty. And each faculty has also identified a super-user who acts as a champion for Worktribe within their faculty. This approach has been effective and well received.

Faculty owners are now very comfortable with and also excited about the system.

We’ve actually just gone live with Pre-Award for faculty users, so all of our hard work is now paying off. We see it as a massive success for our department and the feedback from users has been fantastic, as you can see from the comments below:

“I cannot imagine working without it…”

“…extremely easy to use and navigate”

“It’s really intuitive. It’s so easy to set up a project”

“Life-changing for my role, in a great way!”

“I use Worktribe daily and cannot praise it highly enough. I would consider it the most flexible, intuitive and user- friendly tool across all King’s systems with which I am familiar”

Getting an IT project live during a pandemic is an amazing achievement. How did the Covid-19 situation affect you?

KH: Training is one of the most important aspects of the project for us, so we’ve been working very hard to ensure that internal training is delivered to the highest possible level regardless of the situation.

Covid-19 means that we’ve had to adapt our live training by using Teams instead of in person. This allows users to see the system, listen to our instructions on how to use it and ask any questions that they may have. Participants vary from around 8 to up to 40 people, depending on the subject and length of the training session.

The feedback in general has been positive, with many people saying that they are enjoying the online sessions, as they can be in their own space without anyone around them talking, asking questions or interrupting the speaker.

David McCallum (DM): A few people are finding it more difficult than classroom-style training due to the resources they have on hand. For example, it can be difficult for those with a small laptop to watch the training and follow the instructions in the system at the same time. However, all of the training sessions are recorded, so users can go back and follow the instructions at their own pace.

KH: We’ve also ensured that training materials including detailed manuals for each part of the system and quick cards are available and accessible to all users online.

We understand that you’re also working on some new subject-based training?

KH: Yes, we want to introduce additional training on subjects that are business relevant and not just system relevant, to enable our users to use the tool more efficiently and familiarise them with the grants management process in general. People are changing roles all the time within the university and knowledge moves with them, so this training ensures that they are following the processes we want them to follow, alongside how to use the system.

We’ve also set up a helpdesk which includes staff that previously worked in pre-award and post-award teams who are available for any assistance and guidance to improve user satisfaction.

Most institutions have a diverse range of individuals in different teams working on pre-award and post-award research management. How have you addressed this at King’s?

DM: The portfolios feature has been really useful for King’s. We’re based across five different campuses and we’ve got quite a few teams involved in pre-award research management as well as the central team and a contracts team.

With multiple users across pre-award including the international team, the contracts team and the faculty pre-award teams, the portfolios feature allowed us to hive off certain types of projects to the most appropriate groups.

This means that we can manage workloads effectively and only show users notifications about projects that are relevant to them.

We could have gone down to a fine level of granularity, i.e. specifying individuals as being responsible for different project types, but this risked projects being delayed during sickness and annual leave, so we specified groups instead.

We’re also using the portfolios feature for post-award, with team leads coming on board at the project set-up stage who are notified about projects that are assigned to them based on the campus or the faculty they are responsible for. Team leads then assign a post-award associate who will look after a project when it is live.

We understand that you’ve had a busy time in the last couple of years changing a number of your other systems. Can you tell us a bit about how Worktribe is integrated with your other core systems?

DM: Worktribe’s costing tool was originally linked up with our previous finance system, HRMS, but since then we decided to change our finance and HR systems as well as bringing on the full Worktribe system at the same time.

Switching to CoreHR had its challenges for King’s, however the HR integration with Worktribe is fairly simple and we’ve now got it all up and running with some help from Worktribe, which is great.

An integration between Worktribe and Unit 4 Business World means that less than 24 hours after creating a project in Worktribe, project IDs and budget codes are ready and waiting for staff to start spending on the grant before the details of the budget are fully loaded. And because the accuracy of data is really important to us, we’ve set up a number of conditions into the integration to capture instances of missing or data or incorrect setup. This ensures that poor quality data doesn’t enter the finance system.

So what’s next for King’s?

DM: We’re actually planning to launch the Pre-Award product to academics earlier than planned in summer 2020, as the response was so positive. They’re keen to get their hands on it early!

Phase two commences in Q4 2020 and will entail the roll-out of the Post-Award product including Virements, Amendments, Supplements and Extensions. In 2021, we’ll be commencing with phases three and four, which will include more extensive integration with our finance system.

If you’d like to find out more about the products discussed in this article, please contact Jon.

The combination of a modern and intuitive user interface, the absence of a complex integration with a costing tool, and the positive experience reported by institutions with similar portfolios of awards as King’s, leads us to the conclusion that Worktribe is the only reasonable choice to meet our requirements.