Delivering an Ethics system: The need, the journey and the result.

We caught up with Lindsay Ramage, Head of Research Governance at Edinburgh Napier University, to talk about her pioneering role in helping us turn a user group request into a fully-functional ethical review system, which is now being rolled out across the institution. 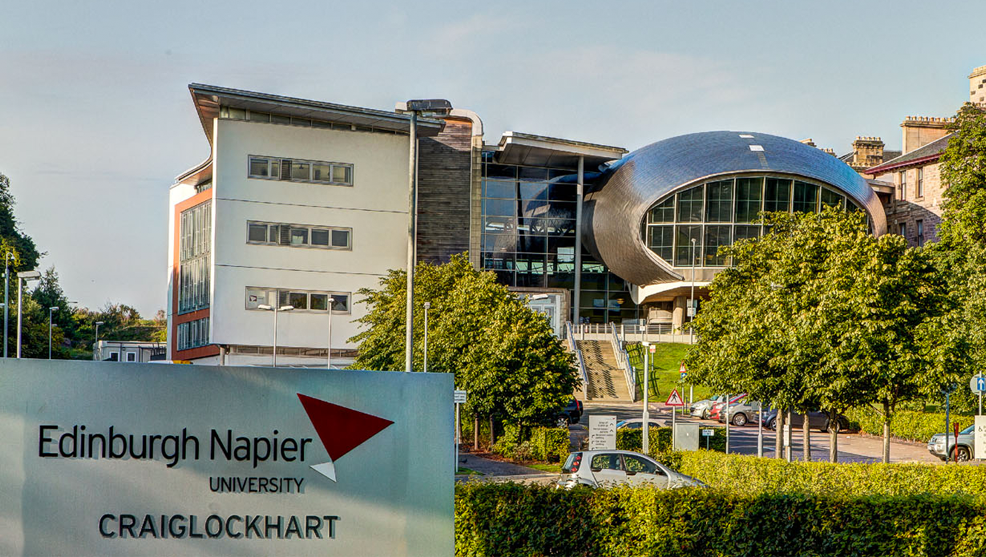 Can you just give us a bit of background on Edinburgh Napier University and your journey with Worktribe?

We started our journey with Worktribe in 2015 with the ambition to improve processes and performance by managing as much of the research lifecycle as possible in one place, including pre-award and post-award, costing, outputs, profiles, repository etc. We also wanted a platform with a user-friendly interface that would allow data to be shared between academics, administrators and managers with minimal training. That’s where Worktribe came in.

Starting with the implementation of Pre-Award and Post-Award in 2015, we then worked with Worktribe to develop Worktribe Outputs, Repository and Profiles in 2016 (read more about this here), closely followed by the implementation of Worktribe Impact in 2017 and Worktribe Contracts and REF product in 2018. We also use Worktribe for data and reporting. In our experience, it takes about six to nine months to implement a new Worktribe product, sometimes less.

Have you got any tips for a successful implementation?

LR: Our general approach is that once we are happy that a product is doing what it is supposed to be doing and we are comfortable with it, we tend to roll it out as a soft launch to get academic and researcher feedback. We find that works for us in an agile way with the size of our university and number of users. It also gives us really rich data from end users that we won’t generally get through testing by my team.

That’s a great tip. So tell us about ethics at Napier? Where did this all start?

The difference in processes across schools meant that it became quite difficult to report centrally across the university, because there were very little consistencies. Each school was collecting different information and it was formatted differently, and that was if they were doing any strategic reporting or analysis.

In 2018, we decided that we wanted to have an ethics system and there were a number of drivers for this:

We wanted to have a better way to record things that were happening with school committees and to be able to report up to the research and innovation committee and management about our ethics and integrity issues.

We were working with paper-based systems, and sometimes SharePoint. This resulted in a high chance of documents and the process getting delayed and lost in emails, or even lost as paper copies sometimes. It just wasn’t efficient or consistent. This just didn’t work at an organisational level; it might have worked in a school to some extent, but not across a university.

There was no way to systematically audit or review what we were doing.

We were also aware of external drivers, in particular Parliamentary review of research and integrity in 2018, so we were aware there was going to be increased scrutiny and potentially more reporting requirements on ethics and integrity, which we weren’t in a position to respond to at that time.

Similarly, we were also aware of the revised Concordat which would be coming out in the next year or two, and there would be a formation of the UKRI committee on research integrity, again focused on auditability and transparency and reporting. It would be more important than ever for us to be able to report more accurately on our ethics and integrity.

Why did you choose Worktribe when there are other software options available for ethical review?

LR: When we first signed up to Worktribe, one of our requirements was to have one system for researchers in the university to use. This was to improve efficiency and make it easy for academics as end user, but also as the university to maintain and manage. We had everything else as a one-stop shop in Worktribe and the thing that was obviously missing was the ability to manage the ethical review process. So we thought, why not ask Worktribe if they can do this?

In 2018, we formed a working group with a number of different individuals from across the institutions in the Worktribe community. This included Worktribe admins as well as ethics and integrity leads so that we could come out of the workshop with a system mindset versus what we might need from an ethics and integrity perspective. We were able in that discussion to understand what the needs might be from an ethics perspective, but also understand what the system capability might be.

We had a workshop where we tried to understand what our needs might be and what were common processes, and what we thought the system might be able to do.

We identified a lot of differences in the ways we approached ethics in our different organisations, even in terms of the structures that existed. We then pulled that information together to work out what our commonalities might be and put together a proposal to Worktribe with an idea of what would be the minimal requirement versus what we would like in Aug 2018.

In February 2019, Worktribe announced that they were going to go ahead and develop an ethics product, which was very exciting for us.

Can you give us a quick outline of what you wanted the system to do?

LR: Essentially, we wanted an online application on the Worktribe platform that included specific questions we wanted to ask based on current working practices and was configurable for each university in terms of approval mechanisms and groups in the system.

We wanted to be able to report on all processes in the system and have all the data and evidence recorded. And ideally have the ability to export this data into Word as an application form or approval letter etc.

It was also important for us that this was linked to project records within Worktribe (for externally funded research) and that people would be able to complete the application process incrementally and edit during the processes, with fields only becoming mandatory when you start the process of submitting an application for approval. We also wanted the option of ‘standalone’ applications for our student and internal research projects.

What has been your experience of implementing Worktribe Ethics so far?

LR: We started our implementation in September 2019, and in December we set up a user testing session of ethics committee conveners and clerks. Everybody that was involved in the user group thought it looked really good and they could see the potential. However, they did give some excellent feedback that there wasn’t enough detail in some of the questions for the committee to consider the application, particularly around the aims, value of research and design of the research. They felt that other documentation would need to be uploaded to the system in order to provide the detail and context. They also felt that some of the questions didn’t have the right focus.

Amends were made by Worktribe in March and then we did more user testing. After a few issues that needed to be resolved after this, we finally went live in two schools in June 2020.

Unlike the engagement we’ve seen when implementing other products which were aimed at research administration/management processes, we’ve actually had great engagement within our academic community. They really saw a benefit to this, much like when we introduced Worktribe Profiles. I think it helps when you have enthusiastic academics, and it was a joy to work on this project.

The feedback has been extremely positive, particularly in the Health and Social Care School who are excited about having an online ethics application system.

We’ve even had one tester that was brand new to the uni and they’d never used Worktribe before, nevermind the ethics system, and they said they found it easy to navigate.

Here are a couple of other comments from users so far:

“First impressions though – are yippee – so much easier than the ‘paper’ form” – Research Fellow, Health and Social Care.

“Very easy to fill in the application” – Lecturer at testing session.

“I think it will change our life in the future” – Ethics Convener Health and Social Care.

The Health and Social Care committee convener has been invaluable in this process. She really understands the clinical and human data ethics and why a working system is important. What we have provided to her to date is beyond her expectations from when we started out on the journey, particularly in what we saw in December versus what we now have in our live system.

Can you give us a quick overview of how the product works?

LR: In simple terms, Worktribe Ethics includes scoping questions that help identify what a project is about, and depending on how these initial questions are answered, additional pre-defined questions are generated to ensure that enough information is collected for committees to assess and approve an ethics application. Different sections include human participants, data generation, animals and methodology. There is also a document repository to ensure that all relevant information can be uploaded and tagged. Everything can be exported into Word templates to create documents such as a copy of the application form or an approval letter.

There is also functionality to record information about committee meetings including attendees, agendas, minutes, lists of applications and additional documents and a commenting function. At the moment this isn’t something that our committees will be using right away. There will no doubt be benefits if they were to start using it, but not all of the committees actually meet as a group very often and they aren’t keen to change too much at the moment. We’ll need to engage with them further to help them see the benefits before they start using this functionality.

So what’s next for ethics at Napier?

LR: We’ve now gone live with the system for two schools at the moment, with more to follow in the next few months. We still need to understand and redefine our internal processes and information.

This is where the soft launch is useful as it helps us to understand how this is going to work best for us and then identify how best we can use it when we roll it out across the university. It has already allowed us to identify issues that we didn’t foresee, both improvements that need to be made within the system, as well as things we need to do to improve our internal processes, how we are communicating it and what we are asking our users to do. There are likely to still be changes to the questions or at least requests for that, I’m sure.

Our ultimate aim is to roll this out across the university so we can fully realise the benefits of having an online ethics system.

We’ll provide an update on the impact of Worktribe Ethics at Edinburgh Napier next year, but if you’d like to find out more about the product, get in touch with Jon now.